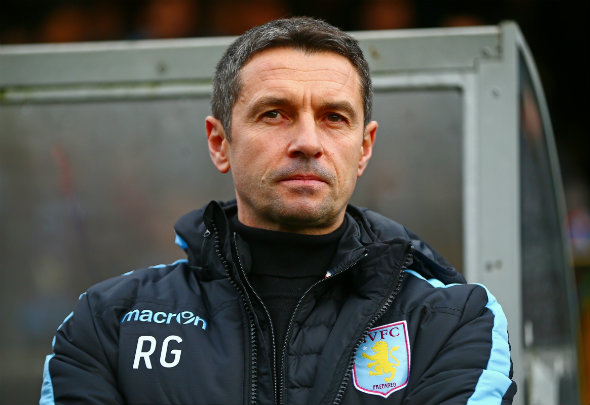 Remi Garde has been sacked by Aston Villa, the club announced on Tuesday night.

The Midlands club have finally put the Frenchman out of his misery following a dreadful five-month spell in charge.

The club released a statement on Tuesday to confirm Garde’s departure and that his No2 Eric Black will take caretaker charge of the team until a new permanent manager is appointed.

“The club would like to place on record its sincere thanks to Rémi for all his efforts during a difficult period and wish him well in the future,” Villa said. “Eric Black will take over as acting manager until the club appoints a new manager. There will be no further comment from the club at this stage.”

Garde has been axed after taking charge of training for the final time on Tuesday while he agreed a pay-off with the new-look board.

Villa are rock bottom of the Premier League and staring the Championship in the face and Football Insider revealed last week that Garde would be axed after just two league wins since he took over in November.

Villa have just 16 points after 31 league games and are currently 12 points from safety with seven matches left to play.

The club have drawn up a shortlist of candidates to replace Garde with Nigel Pearson and David Moyes said to be among the frontrunners.

In other Aston Villa news, head of recruitment Paddy Riley is also expected to be dismissed as Villa continue the cleaning-out process that has already claimed the heads of chief executive Tom Fox and sporting director Hendrik Almstadt.