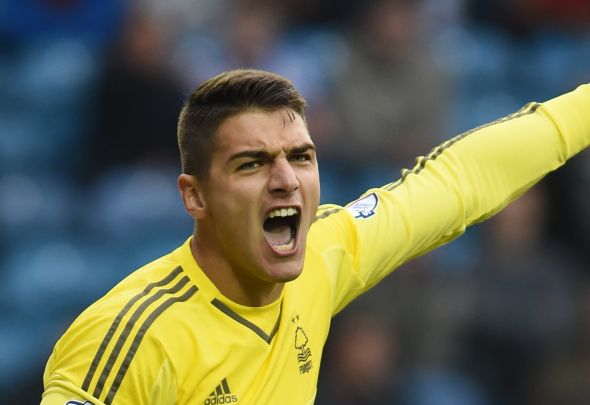 Olhanense play in the second tier of Portugese football and it will hoped they can offer the the 22-year-old regular football.

The club announced the deal for the Bulgarian youngster via their official Twitter account and website, saying he will remain in Portugal until the end of the season.

Evtimov signed with Nottingham Forest from Chavdar Etropole in April 2011, but has spent much of his time out on loan.

The goalkeeper took the opportunity to gain valuable experience at Ilkeston, Gainsborough Trinity, Nuneaton and Mansfield.

The most recent of those loans was to Mansfield in the 2014/15 season, when he made 11 appearances across the league and cup.

The number one spot at Forest is between Stephen Henderson and Vladamir Stojkovic, and with that in mind manager Philippe Montanier has opted to send Evtimov out for another loan.

He has just two appearances for Nottingham Forest, both of which have come in the Championship.

His debut came off the bench in a 2-0 win over Leeds at Elland Road in 2014, when Dorus de Vries had to come off injured.