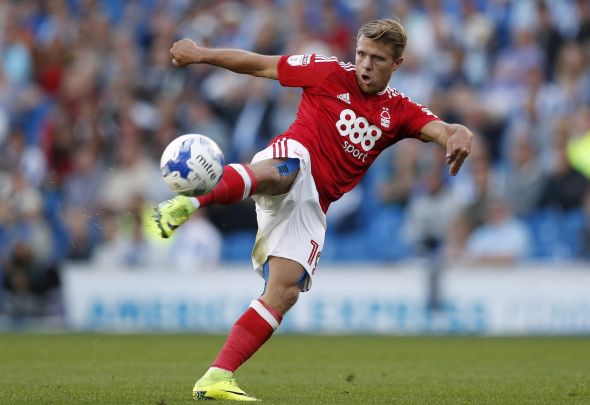 Burton Albion are considering making a bid to sign Northern Ireland international Jamie Ward from Nottingham Forest, according to a report.

The 30-year-old starred at Euro 2016 for his country this summer, helping Michael O’Neill’s side reach the Round of 16 in France.

Former Derby manager Clough is a big fan of the versatile attacker following their time together at Pride Park, and is looking to sign the striker as only one of his 12 summer recruits is recognised as a centre-forward.

Earlier this month, The Daily Mail reported on their transfer news blog on Thursday that the forward was also interesting Championship quartet Leeds, Birmingham, QPR and Brighton.

The Aston Villa trainee has two years remaining on his deal at the City Ground after signing a four-year deal back in 2014, when he joined on a free transfer from Derby.

In eight seasons in the Championship, Ward has hit the back of the net 45 times in 232 games, while chipping in with another 37 assists.

The Forest star has fallen down the pecking order this season behind the likes of Apostolos Vellios, Ben Osborn and Britt Assombalonga.

In other Nottingham Forest transfer news, this ex-Forest man has signed for Championship rivals Brentford.