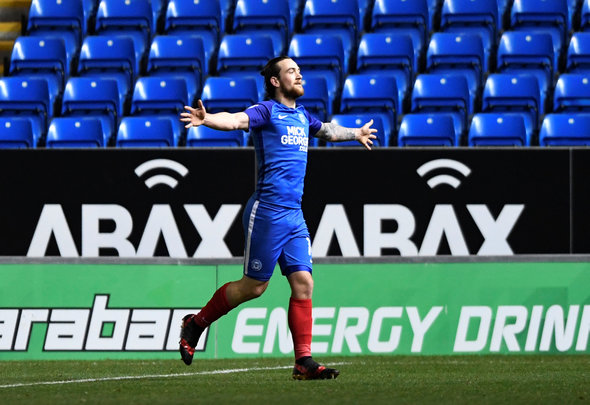 Peterborough director of football Barry Fry has confirmed that bids have been tabled by a Championship club for reported Leeds United targets Jack Marriott and Marcus Maddison.

News outlet ClubCall has reported that the Whites are interested in the two attackers ahead of the January transfer window and deployed a scout to watch the Posh win 3-1 against Bradford on Boxing Day in order to keep a close eye on the pair.

It was understood that Aston Villa and Sunderland were also interested in Marriott, 23, and Maddison, 24.

Now, Fry has revealed that he has received seven-figure bids worth £2million for each of Marriott and Maddison, however he has moved quick to kick them both into touch.

“Interest in Maddison and Marriott is inevitable. We’re prepared for it, but we don’t have to sell them. Obviously if we get bids of £10million for them it’s a different story, but we have had nothing like that so far,” he said, as quoted by Peterborough Today.

“We’ve had £2million bids from Championship clubs, but that isn’t enough for us to even start talking. We don’t want to lose either of them. Maddison has nine goals and 23 assists this season which pretty much makes him irreplaceable.”

Striker Marriott has been prolific for Peterborough this season, so it’s no wonder that Leeds may be interested in him as only Tottenham’s Harry Kane has more goals that him in England’s top four divisions.

The ex-Luton forward has netted a stunning 21 goals in 33 appearances across all competitions.

Maddison has been in equally as good form as the Posh look to secure promotion from League One this season.

The ex-Newcastle attacker has scored nine goals and supplied a staggering 18 assists in 32 appearances across all competitions.