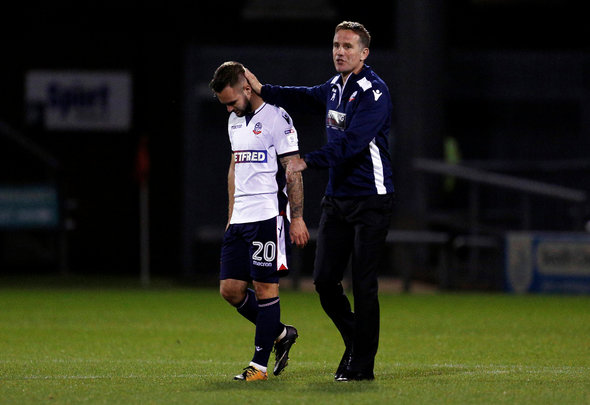 Bolton Wanderers manager Phil Parkinson has confirmed that he has held talks to extend the loan deal of Newcastle United forward Adam Armstrong after spending the first half of the season with the club.
The 20-year-old striker joined up with the Trotters at the start of the current campaign, having spent last season on loan with Barnsley, and has established himself as a regular among the first team squad with a series of starts and substitute appearances under his belt, used both as a centre forward and a left winger.
However, despite struggling to find the back of the net, with just one league goal and not a single assist in his 20 appearances, Parkinson has confirmed that talks have been held with the Magpies to keep him in the north west following the expiry of his loan deal at the turn of the year.
Speaking of the four loanees the club took on at the start of the season, he told the Bolton News: “I want to keep all the loan players, I have had discussions with the relevant clubs and I’ll continue to do so.”
Armstrong has 21 appearances for Newcastle’s senior side since breaking through the youth ranks, although just four of those have come as starts.
Football Insider verdict
If Newcastle were ready to send Armstrong back on loan to Bolton for the second half of the season, you can imagine that the deal would have been signed far before the opening of the January transfer window. Does that mean that the Magpies have plans for the youngster? Probably not, but with the likely departure of Aleksandar Mitrovic, they may well be seeking to ensure they have secured the signing of another forward before sending Armstrong back out. There may also be doubts over the way Bolton have used him as a left winger, rather than an out-and-out striker, which could see them seeking assurances he is utilised as the Magpies wish to help his development.
In other Newcastle United transfer news, the club’s star attacker is being eyed up for a January swoop by their top flight rivals.