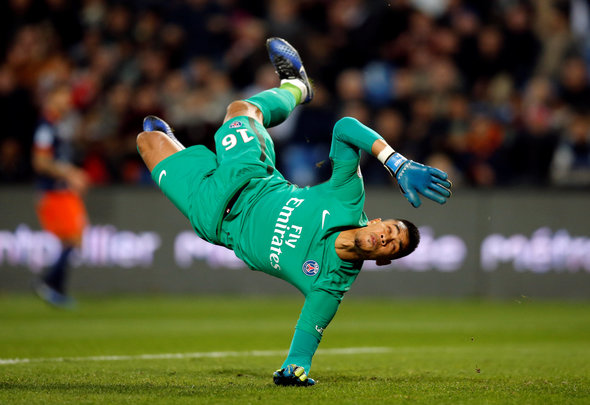 Newcastle United are in the hunt to sign Paris Saint-Germain goalkeeper Alphonse Areola in the upcoming summer transfer window, according to a report.

France Football claims that Rafa Benitez has made contact with Areola, 25, on several occasions as he looks to snap up a new shot-stopper for next season.

It is understood that the 6ft 4in colossus, who was a mainstay for PSG as they won the Ligue 1 title this season, would be worth up to £17.6million if the Magpies wanted to sign him up this summer.

Newcastle were linked with Areola last year and it seems that Benitez is yet to give up on chasing down the former France Under-21 goalkeeper. The Magpies did need a new shot-stopper, but that was before they snapping up Martin Dubravka, who has been in great form since arriving on loan in January. It would be a surprise for him not to sign permanently, so it’s doubtful that the club would go out and splash up to £17.6million on Areola. He may be worth way more than that price-tag in reality as he has been key to PSG’s title-winning campaign in the last year. The 25-year-old has made 43 appearances in all competitions this season and kept 21 clean sheets in the process. France Football claims that the French giants are looking at a host of new goalkeepers they could sign like Gianluigi Donnarumma or Thibaut Courtois, but given how they are close to breaking Financial Fair Play regulations, it might be a position that they don’t do anything with over the coming months.