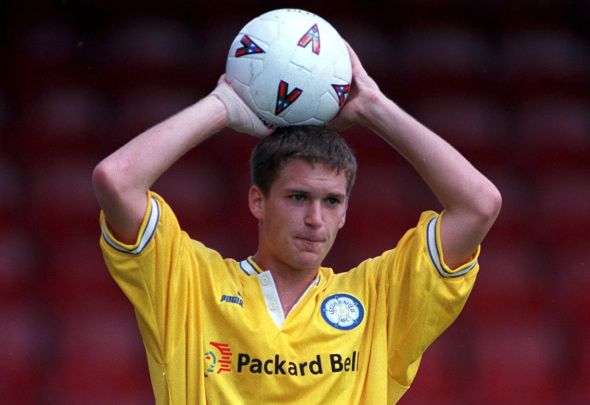 Former Leeds United star Andy Couzens has said that the club have a handful of positives to take away from the heartbreaking 2-2 draw against Derby County on Wednesday.
The Whites were just minutes away from securing their very first win in nearly two months, having failed to secure victory since their visit to Burton Albion on Boxing Day.
However their winless run continued to 10 games as Kasey Palmer’s added time equaliser snatched a point for the Rams at Pride Park, in what was Leeds’ second 2-2 draw in a matter of days after fighting from 2-0 down against Bristol City last weekend.
While the result will be hugely disappointing for Paul Heckingbottom and his men, Couzens insists that the Whites should have returned back to Elland Road with smiles on their faces, and said that if the return of the current first team absentees could secure just one win, it could change their fortunes for the rest of the season.
He wrote on his personal Twitter account: “Some Positives for tonight though we got a point against a decent team siaz [sic] back and looked sharp a full squad to pick from 3 points on Saturday now and who knows what might happen.”

Leeds, currently sitting 11th in the Championship table, were pegged back twice after taking the lead at Pride Park, with Pierre Michel Lasogga and Ezgjan Alioski both netting for Heckingbottom’s side.
They will play host to Brentford in their next game on Saturday, knowing three points would put them within one point off the Bees in 10th, and if other results go their way will close the eight point gap to the play off spots.
In other Leeds United team news, ‘Sign him up’, ‘Get the deal done’ – fans are absolutely blown away by attacker’s Leeds transfer confession.
Don’t miss out on breaking and exclusive Leeds United news by clicking here for our brilliant 24/7 updates on Facebook, Instagram and YouTube.