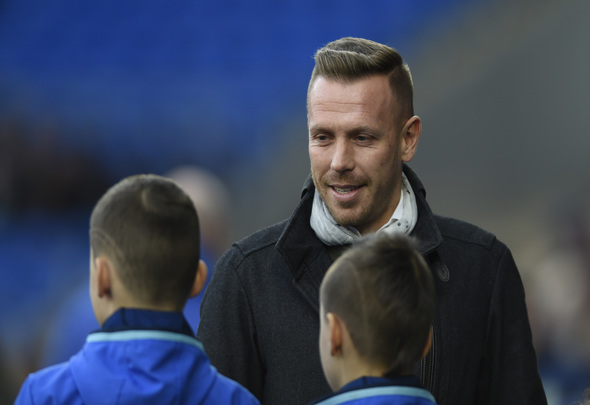 Craig Bellamy has claimed that Tottenham striker Harry Kane is showing many similarities to Real Madrid legend Raul in his style of play.

Kane, 24, has hit a purple patch of form this month, scoring four goals in his last two outings for Spurs in wins against both Everton and Borussia Dortmund as well as hitting the net on international duty with England.

His attacking tenacity and ability to find the goal without being the quickest of players has led ex-Wales international Bellamy comparing him to Raul, who won three Champions League titles at the Bernabeu and is regarded as one of the best ever European forwards.

Kane is nowhere near matching the ex-Spain international’s list of honours at this stage of his career, but Bellamy thinks that he has seen enough of him to shed him in the same light as the Madrid hero.

“He’s not lightning quick, he’s very clever in his movement, he understands where he needs to be and he can create half a yard from anything.

“Raul is incredible and will always remain incredible but Kane has got similar traits to where he was, he’s that type of forward.

“If Kane can stay on this path, he’s the only current player who can threaten Alan Shearer’s Premier League goalscoring record.”

Tottenham star Kane has won the Premier League golden boot in each of the last two seasons and his form has been a huge factor in what has seen the London club emerge as one of the best teams in the country.

The 21-times England international scored 29 times in 30 top-flight appearances for Tottenham last term as they just came short in their bid to win a maiden Premier League title.

In other Tottenham news, European goal machine hints that he may join Spurs next summer.