Crewe Alexandra are ready to risk losing Perry Ng for nothing in the summer after rejecting a six-figure bid from Cardiff City for the defender, Football Insider can exclusively reveal.

The 24-year-old’s contact expires in June but Crewe boss David Artell is determined to keep hold of the player beyond January.

A recruitment source has told Football Insider that the League One club have rejected a bid of £250,000 plus add-ons for Ng from Cardiff. 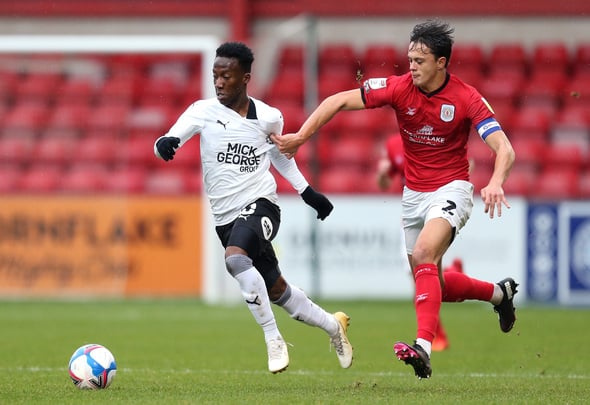 This site revealed the Bluebirds interest in the Crewe captain last week as Neil Harris looks to bring in a new right-back before the transfer window shuts.

Ng has emerged as the Welsh side’s top target this month as they strive to gain promotion back to the Premier League.

In an interview over the weekend, Harris revealed that the Ng was a player that Cardiff City had “looked at for a period of time”.

The Liverpool-born defender has made 20 appearances for Crewe in all competitions this season, scoring once against Swindon Town.

However, he has not featured for the Railwaymen since December after he was handed a six-game suspension by the FA for spitting water at Cheltenham coach Wade Elliott. His 183 career appearances for the Railwaymen have earned him recognition as one of the best young defenders in the Football League.

The club’s decision not sell their captain this month would be a massive gamble amid a difficult financial landscape brought on by the Covid-19 pandemic.

In other news, a top pundit has destroyed a Leeds United player who lost possession 15 times v Crawley after and claimed there is a “real attitude problem”.