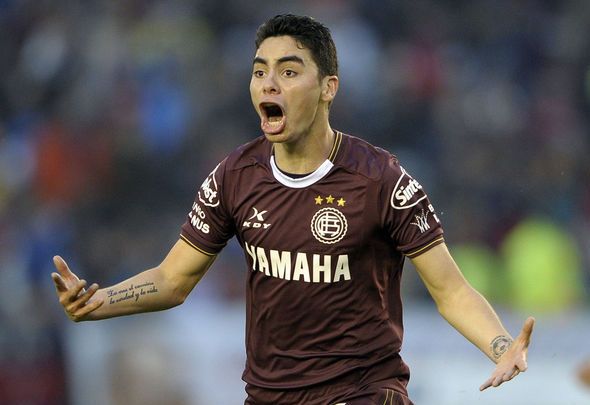 Danny Mills has claimed Miguel Almiron has made a “great” impact since joining Newcastle United but insisted no top-eight club will be trying to sign him.

Mills questioned why the north-east giants had spent £16million rising to a potential £21million for the playmaker back in January but he admitted the player has proved to be an undoubted success.

Nevertheless, the former England international claimed Almiron is not a “stellar” capture and has not done enough to have the leading Premier League sides beating a path to his door.

“I think he’s been very, very good,” Mills exclusively told Football Insider. “Was it a stellar signing? No, it wasn’t. Has he played very, very well? Yeah, he’s been great. All credit to Rafa Benitez and his scouting system. They’ve clearly looked outside the box and further afield.

“Has he been the only reason Newcastle have done well? No. That’s down to Rafa Benitez. Rafa knows what he is doing, he is the reason why Newcastle are where they are and they’re not in a relegation scrap.

“Has he been a good signing? Yes, he has. He’s still not that stellar signing. How many of the top six, seven, eight sides, would now go and try and buy him?

“I don’t think they would, not at this moment in time. Maybe if he has another good season and has a full year at it, they might do, so no, I made those statements at the time and I stick by them.

“If anybody says that was a stellar signing at that time and they knew everything about him, probably need to get out a little bit more, I would say.”

The Paraguay international has made nine appearances for Newcastle, during which he has yet to provide a goal or an assist.

But the raw figures alone belie the effect he has on the team through his pace, his willingness to run in behind, and his general movement which helped turn Newcastle into a far more dangerous offensive unit.

The 25-year-old has missed the last two games due to a hamstring injury and is also set to be absent for the finale this weekend.

In other Newcastle news, the club are set to start work on a £15million transfer after the green light is given.