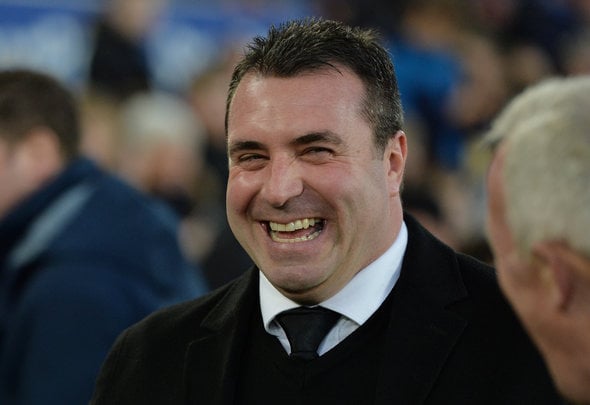 Everton caretaker manager David Unsworth has asserted that there has been no real progress in the search for a new permanent boss since last Sunday’s win against Watford.

The Toffees have been without a manager for almost three weeks following Ronald Koeman’s sacking in October with it being widely reported that majority shareholder Farhad Moshiri and chairman Bill Kenwright have been at odds over who will be the next boss.

The Mirror has reported that Moshiri has his ambitious eyes set on Atletico Madrid’s Diego Simeone while Kenwright is throwing his weight behind a British boss, with Burnley’s Sean Dyche his preferred option.

Unsworth has also been widely tipped to be handed the job on a permanent basis, but right now, the Under-23s manager has made it clear that he is happy to just keep his eyes set on the immediate future as the search for Koeman’s successor rumbles on.

“Very much as it was after the game. I just continue to do my best and give my all for the club,” he said, when asked about a manager update in a video shown on Sky Sports’ live transfer blog on Saturday [09:55am].

“There’s no news to report, I certainly haven’t been told anymore on what’s going on.

“I just continue to come in everyday, give my best for the staff and the players and just see where it takes us. What will be, will be.”

It was reported that Everton would have to stump up £4million-a-year in salary to tempt Dyche to quit Turf Moor for Merseyside with the Times claiming that it would also cost the Toffees a further £3.5million in compensation fees.

According to SkyBet, Unsworth is the favourite to get the role on a permanent basis which could be a strategy for Everton if they want to delay their search for a long-term boss until later in the season or next summer.

In other Everton news, two sides are battling for this Toffees midfielder ahead of January.