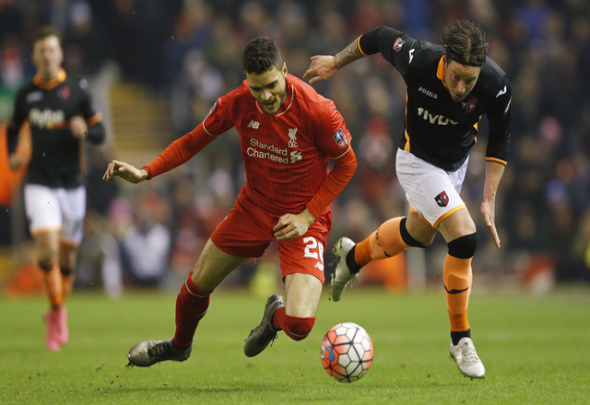 Liverpool have agreed to sell defender Tiago Ilori to Reading for nearly £4million, according to a report.

The Liverpool Echo claim the Merseyside giants have settled the terms of the transfer, with the fee agreed at £3.75million.

It is said that Ilori, 23, has been given permission by Liverpool to discuss personal terms and undergo a medical with the high flying Championship club.

The Portugal Under-23 international has been unable to force his way into the first team at Anfield, where the likes of Joel Matip, Dejan Lovren, Ragnar Klavan and Lucas Leiva are ahead of him in the centre-back pecking order.

He is set to leave Anfield after making just three first-team appearances and failing to live up to the £7million fee he cost in 2013 when joining from Sporting Lisbon.

The impending transfer will free up cash for manager Jurgen Klopp to strengthen his team in the January window as he plots the club’s title challenge.

Liverpool are second in the Premier League table after 20 matches of the 38-game programme, five points behind leaders Chelsea.

By contrast, Reading have ambitions of reclaiming their place in the top flight after a few seasons in the second tier.

Jaap Stam’s side are currently third in the league, but they have the worst defensive record out of the top seven sides with 32 goals conceded from 24 league fixtures.

Ilori did little to suggest in three Liverpool appearances that he is good enough for the Premier League, with his lack of pace and aerial strengths clear deficiencies in his game. However, the Championship could be more to his liking and, if anyone should know what makes a decent centre-back, it should be Dutch great Stam, a super central defender in his own playing days.