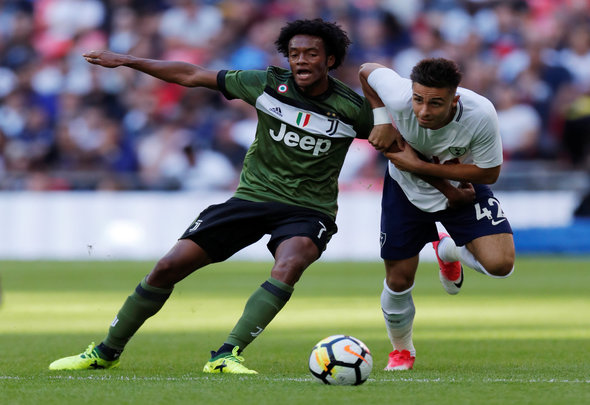 Tottenham have secured the long-term future of left winger Anthony Georgiou after he signed a new deal at the club.

The Lilywhites confirmed the new contract for the 20-year-old via their official Twitter account as well as the official club website, revealing that he is tied down until 2020.

We are delighted to announce that @_Ant_georgiou has signed a new contract with the Club until 2020 – https://t.co/XfBm4oYljc #COYS pic.twitter.com/0vaEidrqPO

The young speed machine made his debut for the senior side earlier this season, appearing as a second half substitute in their Champions League clash away at Apoel Nicosia, meaning his first appearance came in the country from where his grandparents originate.

Aside from the first team, he has started four times for the club’s under-23 side, with three of those coming in the Premier League’s reserve league.

This is great news for one of Tottenham’s hottest prospects, and it bodes well for the club’s future. The youngster has a tough fight ahead of him to make more appearances in the first team, although Mauricio Pochettino does not have an abundance of pacy wingers at his disposal, which may just work in the 20-year-old’s favour. He has a long way to come but getting that first appearance under his belt will just drive him on to prove himself to his manager and the Spurs faithful. If he does fail to make the grade over the coming weeks, then fans should not be surprised to see him shipped out on loan, as has happened with fellow bright talents Josh Onomah and Cameron Carter-Vickers, in order to give him first team experience and build up his confidence playing first team football.

In other Tottenham news, one man is a doubt for the Arsenal clash but a star figure looks set to return.