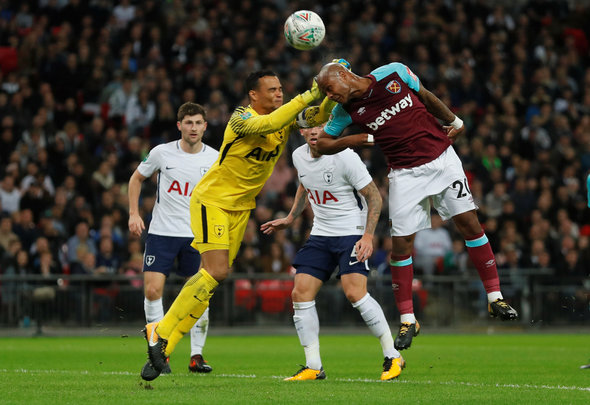 Tottenham goalkeeper Michel Vorm is a major doubt for the club’s clash against Arsenal a week on Saturday, according to a report.

Journalist Alasdair Gold, who is the Tottenham reporter for football news source football.london, claimed in a live question and answer on the website (09/11, 16:08) that the Dutch shot stopper may not have returned to fitness having missed the club’s win over Crystal Palace in their last match before the international break.

However Mauricio Pochettino has been handed a boost, with Hugo Lloris said to be fit and ready for the north London derby, which means Paulo Gazzaniga, the surprise star against the Eagles with the other options between the sticks ruled out, is set to drop to the bench if 34-year-old Vorm fails to recover.

However, the former Southampton man is reportedly set to face a fight to keep his place as Lloris’ understudy on the substitute’s bench, with Gold claiming that the experience of Vorm could see him regain his role as regular back up, despite the 25-year-old impressing during his competitive debut for the Lilywhites.

The former Swansea shot stopper has made 34 appearances for Spurs during his time at the club, with two of those coming this season in the League Cup, captaining the side in their 3-2 defeat to West Ham.

In other Tottenham news, Gold has revealed that Pochettino does not trust this Spurs fringe figure.