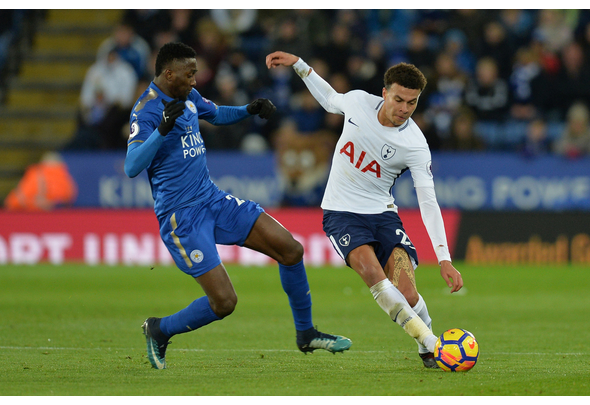 Tottenham enforcer Eric Dier has blasted critics of team mate Dele Alli after accusations that the 21-year-old is a malicious player after an incident against Manchester City.

The Spurs midfielder was seen to land his foot into the ankle of City maestro Kevin De Bruyne during the Lilywhites’ 4-1 defeat last weekend, with the youngster coming under heavy fire from pundits and fans alike for what they judged to be dangerous play.

Referee Craig Dawson showed the England star a yellow card after the flashpoint, which left City players and staff incensed, and there were many suggestions from the media he was lucky to escape being sent off for the challenge.

However Dier has refuted accusations that his team mate for both club and country is in any way reckless or hostile, slamming his critics by pointing out the referee made his decision and that incidents like this will happen all over the footballing world.

Speaking at Spurs’ young supporters Christmas party, he was quoted by Sky Sports as saying: “Dele is not a malicious player.

“He’s made a tackle, the referee made a decision, gave him a yellow card and that’s that really.

Alli has been a crucial member of Tottenham’s squad this season, missing just one of the club’s 18 league games, with 16 of his 17 top flight appearances coming in the starting XI.

In his 22 outings across all competitions, he has chipped in with seven goals and a further six assists, and will be hoping to bounce back from defeat against City in the club’s clash against Burnley, who are sitting a place and a point above Spurs in the table.

In other Tottenham news, this speed machine is set for the exit from Spurs after failing to impress.