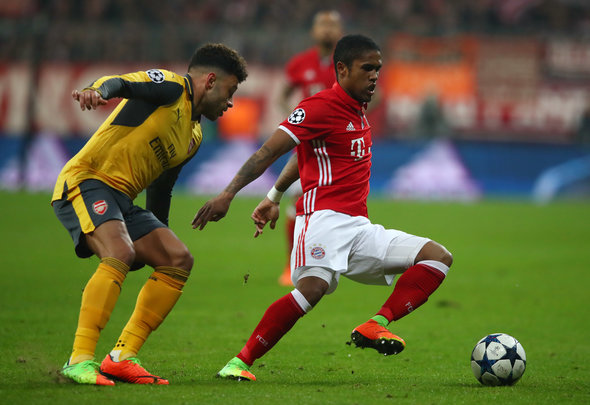 Don Hutchison believes that Liverpool should pursue Bayern Munich’s Douglas Costa in the summer ahead of Sporting Lisbon’s Gelson Martins.

Sky Sports reported on Wednesday that the Reds are in talks with Portuguese club Sporting for their 22-year-old attacker.

However, former Liverpool midfielder Hutchison feels that Martins is not yet the finished article and they should turn their attention elsewhere.

“Hearing Liverpool are interested in Gelson Martins. Great (maybe) for the future. Raw at the moment. Personal I’d go ALL out for Douglas Costa,” Hutchison wrote on his personal Twitter account.

German outlet Bild have claimed that Bayern winger Costa is available for transfer this summer and Hutchinson feels they should pull out all the stops to sign him.

The report details that the German champions are hoping to recuperate £34.7million for the 26-year-old, who has fallen down the pecking order at the Allianz Stadium.

He made 34 appearances across all competitions last season, scoring seven goals and supplying nine assist in return.

However, he has been unable to cement his position in the starting XI and is deemed surplus to requirement due to the highly competitive Bayern squad.

Liverpool managed Jurgen Klopp will be looking to strengthen his squad over the summer ahead of their return to the Champions League, a competition that rapid winger Costa knows well.

In other Liverpool transfer news, they are eyeing a 26-year-old defender from Serie A.