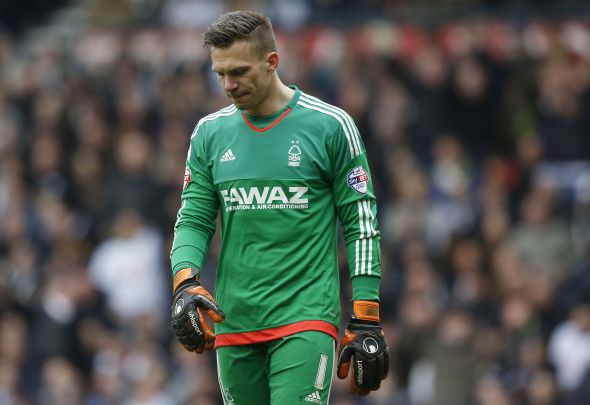 Celtic have signed goalkeeper Dorus de Vries from Nottingham Forest, it was announced on Monday.

The Scottish giants have signed the 35-year-old on a two-year deal and he will compete with current shot-stopper Craig Gordon for the No1 spot.

Celtic revealed on their official website and Twitter accoount that De Vries had become the fourth signing of manager Brendan Rodgers.

De Vries, who worked with Rodgers during his time at Swansea, left Forest with one year remaining on his contract at the City Ground.

Former Dunfermline keeper De Vries, who lost the 2007 Scottish Cup final 1-0 against Celtic, has been at Forest since 2013 and was voted the club’s Player of the Season in 2015-16.

He started their first game of the season against Burton, but had to be replaced after 19 minutes when he picked up an ankle knock.

He played all bar one of Forest’s Championship matches last season as the club finished a disappointing 16th, and made three further appearances in cup competitions.

The current number one at Celtic is Gordon, who has held down the number one spot since joining the club after a two year break from football in 2014.

“I played well last year at Forest,” De Vries told the official Celtic website. “I got Player of the Year and Players’ Player of the Year, which is always nice for a player to get individual recognition by fans and players, but I just hope to bring that momentum and positive attitude from last year into this club

Having won the Scottish Premiership last season, Celtic are now bidding for their six straight title but face stiff competition with Rangers returning to the top flight.

Celtic have made four senior signings this summer in Moussa Dembele, Kolo Toure, Kristoffer Ajer, and Scott Sinclair, although Ajer was signed on a pre-contract before Rodgers’ arrival.

In other Celtic transfer news, they are braced for a £6million defender move.