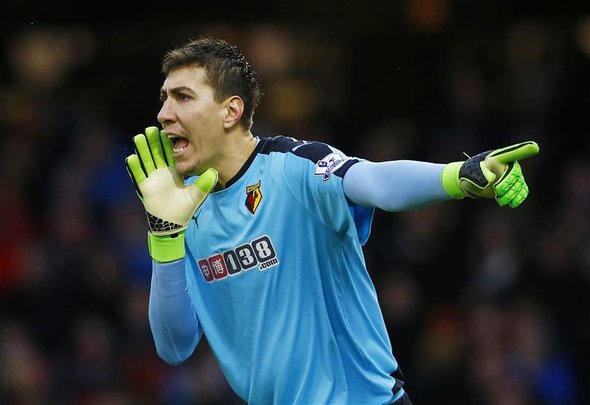 Two new faces have arrived at the City Ground today in what has been a busy day for Nottingham Forest, the club has confirmed.
The Reds have announced the double signing of Ashkan Dejagah and Costel Pantilimon on transfer deadline through Forest’s official Twitter account and website.

✍️ #NFFC are delighted to announce the double signing of Ashkan Dejagah and Costel Pantilimon.

Dejagah is a free agent since his contract expired with VFL Wolfsburg in the summer and Pantilimon joins on loan from Watford but has spent the last six months with Deportivo La Coruna – the pair will remain at the City Ground until the end of the season.
Both could now go straight into the side for the weekend’s match against Fulham who are on a good run of form.
For Dejagah, it will be an opportunity to put one over his previous employers, as he played for the Cottagers back in 2014 and was player of the season in one of the years he was there.
Forest manager Aitor Karanka has had a busy day at the City Ground as it emerged only earlier on Wednesday that the club would be cancelling the contract of Mustapha Carayol, while Matt Mills and Armand Traore were also thought to be on the brink of a similar fate.
In other Nottingham Forest transfer news, Forest offered Magpies outcast in last-minute swoop.