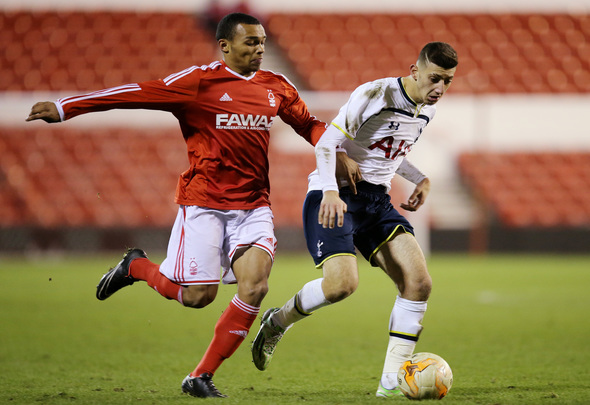 QPR have confirmed the signing of Zenon Stylianides following his exit from Tottenham at the end of last season when his contract expired.

The West London club announced on their official Twitter account and official website on Thursday afternoon that young forward Stylianides, 19, had agreed terms to a one-season-long contract at Loftus Road after a successful trial period.

Stylianides is a product of the Tottenham academy but never had the chance to impress in the senior squad despite playing regularly in the development sides.

The attacker made 33 appearances for the Under-23 squad across all competitions last term as he played a key role in their Premier League 2 and UEFA Youth League campaigns.

QPR announced the signing of Stylianides as him being at attacker, but last season saw the teenager play in an array of different positions including left-back and central midfield.

He will join up with the QPR Under-23 squad and will no doubt hope that he can do enough to earn a longer contract when his deal expires at the end of June 2018.

Stylianides clearly has some potential to reach having played such a vital role in the Premier League 2 last season with Spurs’ Under-23 side. QPR have a decent academy and it’s good that the attacker will only have to move down the road after finding himself a new club. Stylianides is perhaps one of the lucky ones though as many young players who were released by top teams at the end of last season are probably still looking for a new club to play for. There’s no doubt that QPR will be hopeful that the teenager can live up to his billing and be a hit in the future to prove Tottenham wrong for letting him exit.

In other Tottenham news, Spurs fans slammed this first-team mainstay after they won against Borussia Dortmund on Wednesday.