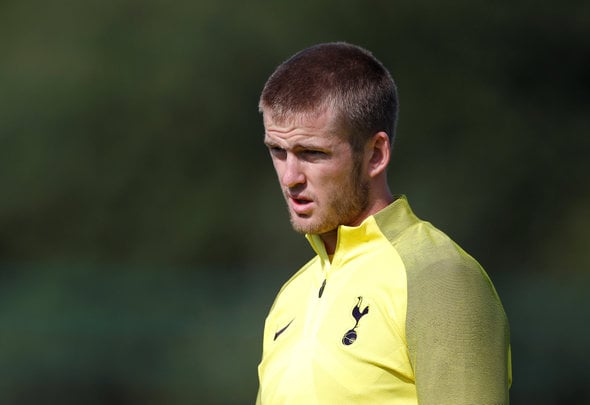 Tottenham secured a brilliant 3-1 victory over Borussia Dortmund on Wednesday night to get their Champions League campaign off to a good start – but not all of their players impressed the fans.

Eric Dier played all 90 minutes of the Spurs win, but was slammed by some fans for not having any impact on the game in the centre of the park as Wembley’s German visitors enjoyed most of the possession.

Although Dortmund saw most of the ball, it was Mauricio Pochettino’s side that came out on top thanks to goals from Heung-min Son and Harry Kane, who got his second brace in as many games.

There were good performances all over the pitch for Tottenham, but Dier clearly stood out to some fans on Twitter as someone who was not reaching his level in the defensive midfield role.

One supporter slammed the English midfielder as being “very poor”.

Quite possibly the longest half of football I've ever watched. Mousa & Dier need to be doing more in middle. #COYS

#TOTBVB exhausting to watch. I fear for Dier who picked up a harsh yellow card. Dortmund great going forward. Very talented side. #COYS

Spurs barley had a kick, midfield being completely dominated so far. Dembele/dier not in this, yet we lead but 4 how long #TOTBVB #Coys

Dier has been a mainstay of the Tottenham side for the last couple of seasons, playing in both the midfield, the centre of defence and at times at right-back.

He has made five appearances across all competitions this season and it remains to be seen whether or not he will keep his spot in Pochettino’s preferred XI when Victor Wanyama makes a full recovery from his injury.

In other Tottenham news, a Sky Sports pundit has hailed this Spurs star and compared him to a Real Madrid legend.