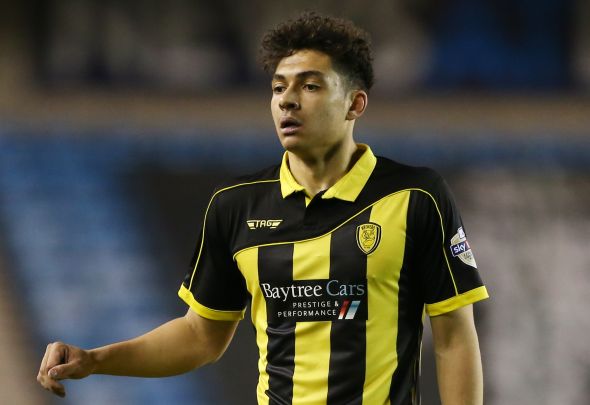 Nottingham Forest forward Tyler Walker has completed his move to Port Vale, it was announced on Tuesday afternoon.

Forest confirmed on their official website that the 20-year-old has joined League One side Port Vale on loan until the end of the season.

The striker was recalled from his loan at League Two side Stevenage last week and will now get the chance to prove himself at a higher level.

Walker made nine appearances during his loan spell at Stevenage and scored four goals in return.

The youngster will now be hoping to prove himself in League One with Port Vale, who are currently 15th-placed in the table.

He has made 22 senior appearances for Forest since graduating from the club’s academy and is currently trying to experience regular football.

Walker will hope that he can move a step closer to the first-team and make considerable inroads at Port Vale.

Forest’s decision to loan Walker to a League One side is incredibly smart as it gives him the chance to prove himself at a higher level. The 20-year-old impressed during his brief spell at Stevenage and will now get the chance to replicate that in League One. Walker should see the move as a step closer towards a first-team spot at Forest and the Midlands club see great potential in him. Forest are currently fighting relegation in the Championship and it’s not the time to throw the youngster into the action. They currently have the likes of Britt Assombalonga, Nicklas Bendtner and Lica trying to score their goals.