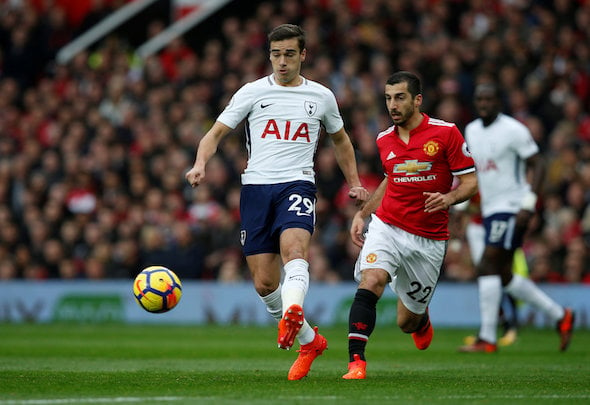 Tottenham Hotspur midfielder Harry Winks has signed a new deal with the Premier League outfit that will see him remain at the club until 2023.

Spurs announced the news on their official Twitter account, stating that they were “delighted” with the news.

✍️ We are delighted to announce that @HarryWinks has signed a new contract with the Club, which will run until 2023.

The 5ft 7 ace has really come to the fore this season after a number of fine displays earlier on in the campaign had the midfielder maestro earning rave reviews, which led to a call-up to the England national side.

However, after a dip in form, it was revealed that Winks was suffering with an ankle problem and hasn’t featured for the club since February.

Following on from Winks’ heroics against Real Madrid, the midfielder has not been in the best of form and after displays against Rochdale and Newport County in the FA Cup where he was distinctly under-par, the player has not reached the heights of his Champions League exploits. With Spurs set to offload a host of players this summer including the likes of Mousa Dembele, they will need Winks to recapture those early season displays if they are going to compete in the top four in the upcoming Premier League campaign and Champions League. If anyone is going to get the best out of the young midfielder though, it is Mauricio Pochettino, who has a history of getting a tune out of youngsters during his time in management and as Poch is a massive admirer of the midfielder, it could be a sign that the Argentinian will be staying put too.

In other Tottenham news, Levy closing on in biggest deal of summer for Spurs, signature expected in days – report.