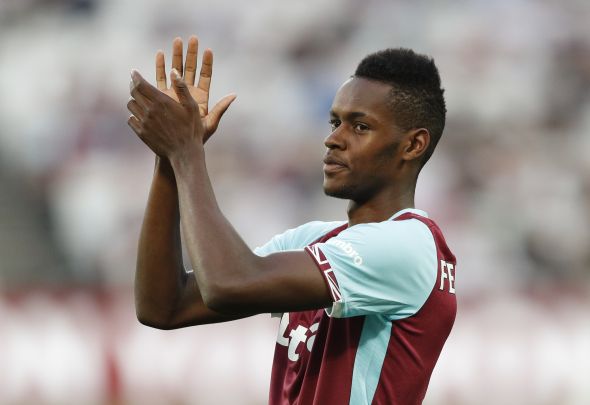 West Ham have completed their ninth summer signing after Edimilson Fernandes signed from Swiss side FC Sion, it was announced on Thursday night.

The Hammers unveiled their new signing on their official Twitter account as they confirmed that the midfielder, 20, had signed a four-year contract.

The Guardian claim that Fernandes will sign for a fee of £5.5million, and will wear the number 31 shirt.

Fernandes, who is a cousin of the former Manchester City player Gélson Fernandes, is a product of Sion’s youth system and made 26 appearances in the Swiss Super league last season, scoring one goal.

The 6ft 3in midfielder will face an uphill battle to break into the Hammers midfield though, with captain Mark Noble, new signing Havard Nordtveit and tireless runner Cheikhou Kouyate all considered as senior players.

Fan favourite Manuel Lanzini has signed permanently, while Arthur Masuaka and Nordtveit have also signed on at the London Stadium.

Manager Slaven Bilic is interested in signing a centre midfielder after Spain under-21 international Pedro Obiang was rumoured with a move to the Serie A.

Italian news outlet Tuttosport claims that the Serie A giants are keen on the 24-year-old as an alternative to former Tottenham midfielder Benjamin Stambouli.

A columnist called ‘The Insider’ has now claimed on the official West Ham website has claimed that the Hammers could be about to sign an international striker in the next 48 hours, as manager Slaven Bilic looks to continue his summer spending before next Wednesday’s deadline.

In other West Ham transfer news, this £24million man has reportedly agreed terms on a move to East London.