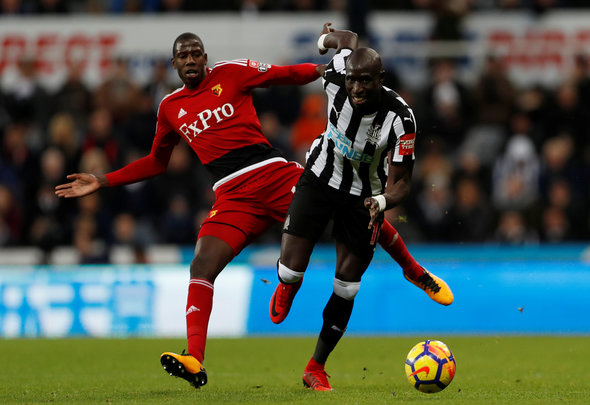 Turkish sides Goztepe and Sivasspor are plotting a swoop for Newcastle United midfielder Mohamed Diame in the January transfer window, according to a report.

The Sun claims that the two European sides are eyeing a seven-figure deal worth £2.5million for Diame, 30, as he enters the final 18 months of his contract.

It is understood that Newcastle are not willing to risk losing senior player Diame on a free transfer and that means that they may decide to cash in on the former West Ham ace.

Diame has been in and out of Rafa Benitez’s first-team plans this season with the Senegal international making 13 appearances across all competitions.

The former Hull and Wigan enforcer played more of a key role last term when the Magpies won the Championship title to earn promotion to the Premier League.

The Toon Army haven’t been the biggest fans of Diame during his time at Newcastle, with some supporters blasting Benitez’s decision to start the midfielder against Everton last week.

At 30-years-of-age, Diame doesn’t appear to have much of a future at St James’ Park anymore. The Senegal international has had his time to show that he can be good enough, but he simply hasn’t met the mark in the Premier League. The former Hull player wasn’t exactly great in the Championship last term either. The fact he still gets in the team shows how little Benitez was able to upgrade his second-tier side into a top-tier one over the summer. The best thing that could happen for the Magpies now is that Amanda Staveley completes her takeover of the club. Mike Ashley doesn’t seem bothered about spending money anymore.

In other Newcastle United news, the Magpies are favourites to sign this Premier League playmaker in January.