Lucas Digne potentially signing a new contract with Everton is symbolic of their transformation from underachievers to bonafide contenders.

That is the view of Noel Whelan, speaking exclusively to Football Insider correspondent Connor Whitley about the future of the left-back.

Sky Sports, among others, reported that the Frenchman has been offered a new contract by the hierarchy at Goodison Park amid speculation linking him with a move to Manchester City.

Digne has been with Everton since joining from Barcelona in an £18million deal in August 2018.

Whelan has been hugely enamoured with the Frenchman since then and is able to rattle off a string of reasons why he is crucial to the ongoing Ancelotti project.

“He’s got a lovely left foot, he’s the right age with the right amount of quality.

“He’s been a standout, especially at the start of this season.

“You can’t afford to let these sort of players go or be attracted to other clubs. Ancelotti, realising that, wants to get him tied down as quickly as possible.

“They’re trying to build something really special at Everton…” 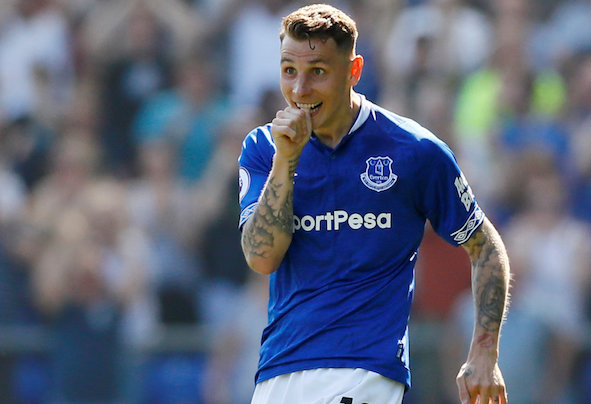 Digne has been out with an ankle injury since 28 November.

In that time, with auxiliary left-back Fabian Delph also sidelined, £25m summer signing Ben Godfrey has ably filled in on the left of defence.

In other news, a 106-goal former Premier League striker has blasted an Everton midfielder for his recent form.