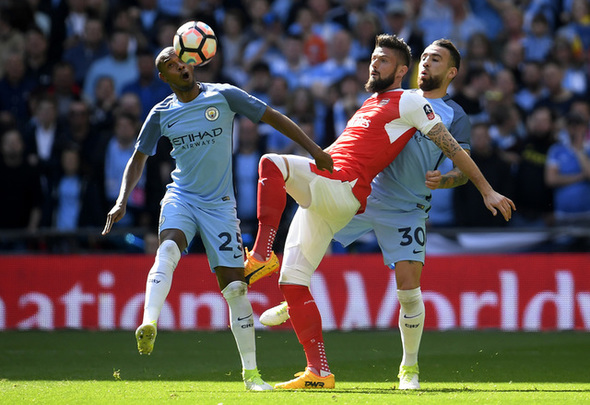 Everton boss Ronald Koeman will step up his interest in number one striker target Olivier Giroud this week, according to a report.

The Mirror have claimed on their website that the 30-year-old Arsenal forward is at the top of Koeman’s wishlist as he looks for a new targetman to add to his forward options.

It is said that Giroud himself is waiting to see where he stands at the Emirates following the arrival of Alexandre Lacazette before making a decision on his future.

But, Koeman is also looking to add the finishing touches to his squad before the Premier League season opener against Stoke in 13 days and it is reported that the Dutchman will seek an answer as to whether the France international will make the move to Goodison Park in a £25million deal.

Giroud has two years remaining on his contract at Arsenal after joining the club in 2012 and last season he returned a fine 16 goals in 40 matches in all competitions.

Koeman showed at Southampton that he likes playing with a powerful targetman upfront in the form of Italian Graziano Pelle and he proved to be a huge success on the south coast as well as working for the Dutchman, who had a number of different forward options to work with. Now, following the sale of star Romelu Lukaku to Manchester United, Koeman has brought in each of Wayne Rooney and Sandro Ramirez. However, neither are the type of striker that will win aerial duels like a targetman does and Koeman should certainly carry on pursuing Giroud, who has shown his qualities in England over the past five years.

In other Everton transfer news, the Toffees are preparing to a throw a defender in this deal for Premier League attacker.