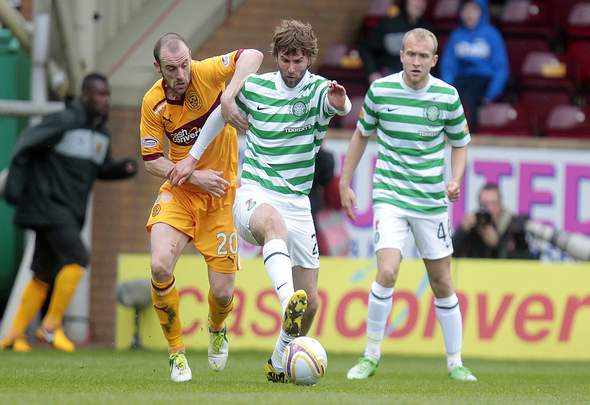 James McFadden, who became a fan favourite in his first spell at Everton, has revealed Celtic nearly beat them to his signature.

In an interview with Open Goal, the now 34-year-old revealed just how close he came to going to Celtic in 2003 rather than Everton.

“I think Martin O’Neill might have been having a bit of bother with the board, it was maybe coming up to his last year.

“And then two or three days before the window shut it was a case of ‘there’s nothing there, it’s not going to happen’.”

Instead the Scottish midfielder was snapped up by Everton, sealing a £1.25million move away from Motherwell.

McFadden did to go on to mention in his interview that Celtic eventually tabled an unsuccessful loan offer from Motherwell.

The midfielder spent five years in his first spell at Everton before returning for a second spell after a brief stint at Birmingham City for another season.

McFadden did find his way back to Scottish football in 2013 rejoining Motherwell.

The former Scottish international now finds himself playing football in the Scottish Championship for Queen of the South, after signing a short term contract in September. The player’s current deal expires at the end of the year.

The 34-year-old has made seven appearance so far this season, but is yet to contribute a goal or an assist.

In other Celtic news, Dedryck Boyata is relishing tomorrow’s game against Bayern Munich