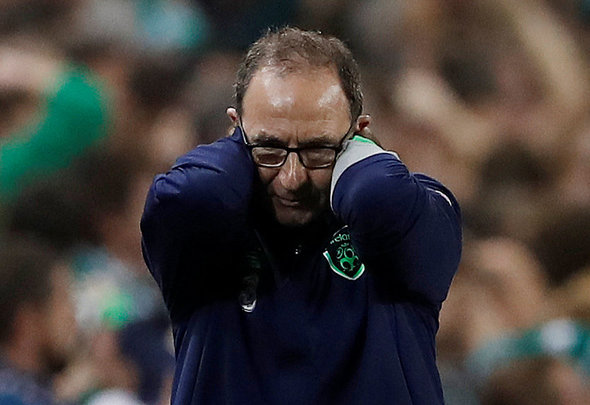 Everton fans on Twitter have gone berserk after it was reported that Martin O’Neill had become Farhad Moshiri’s new number one choice to take the reins at Goodison Park.

The Sun claims that O’Neill, 65, is at the top of a three-name shortlist to become Ronald Koeman’s successor – but that hasn’t gone down well at all with the Toffees faithful.

It is understood that Tony Pulis, who was sacked by West Brom on Monday, and current caretaker boss David Unsworth are also among the leading candidates after Sky Sports reported that Everton had agreed to end their pursuit of Watford’s Marco Silva.

Everton have spent almost five weeks on the hunt for Koeman’s replacement but it seems that majority sharholder Moshiri’s decision to set his sights on Republic of Ireland boss O’Neill is not what the clubs’ fans want.

Supporters of the Merseyside club took to Twitter to rage at the latest development, with one saying that the board’s decision making process has been “garbage”, while another compared it to “torture”.

No thanks. Did ok years ago with #lcfc but nothing since then. Fans won’t take to him after slagging #efc off over #Irish players for years. Seems to always leave when the going gets tough too. Can’t believe we’re considering him.

They way it’s be done has been garbage hasn’t it? If we appoint O’Neill im done, I’m gonna start supporting tranmere

O’Neill has enjoyed varying spells of success in his career with Leciester, Celtic, Aston Villa and Sunderland.

He has been in his current job with the Republic of Ireland since 2013.

In other Everton news, Robbie Savage believes that this is the manager that the Toffees must get.