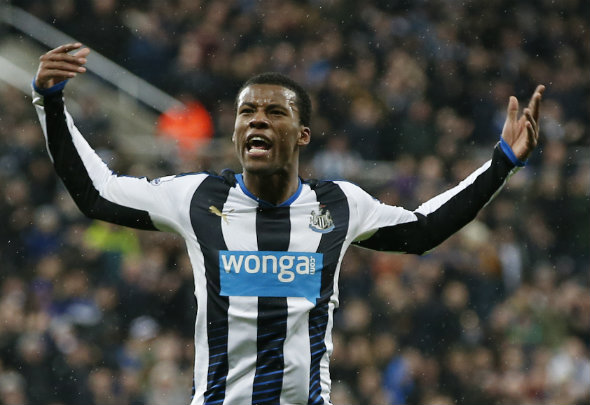 Everton have shortlisted Newcastle midfielder Georginio Wijnaldum as one of their key transfer targets this summer, according to a report.

Sky Sports claim that the club’s transfer committee held a meeting earlier this week and have identified the Holland international as a potential signing.

It is said that bids of £25million-plus would land Wijnaldum just 12 months after his £14.5million transfer from PSV Eindhoven.

As reported by Football Insider, Liverpool are also interested in the signature of the Dutch ace who scored 11 Premier League goals last term.

It appears his Newcastle performances may have done enough to seal his return to the Premier League, despite the club’s relegation.

Manger Ronald Koeman was praised for his recruitment at his previous club Southampton where he signed the likes of Sadio Mane and Graziano Pelle who have now gone on to be sold for hefty sums.

It is said the Merseyside club have spoken with Wijnaldum’s representatives to ask about the players current situation at St James’ Park and Koeman was keen to sign his Dutch compatriot whilst at Southampton.

Newcastle have already sold winger Andros Townsend to Premier League side Crystal Palace for a fee of £12.8 million and Moussa Sissoko future look increasingly bleak after he publicly spoke about his desire to leave Tyneside.

This despite manager Rafa Bentiez publicly insisting he wants to keep hold of his best players.

In other Everton news, Ronald Koeman gives his views on who he believes should become the next England manager.