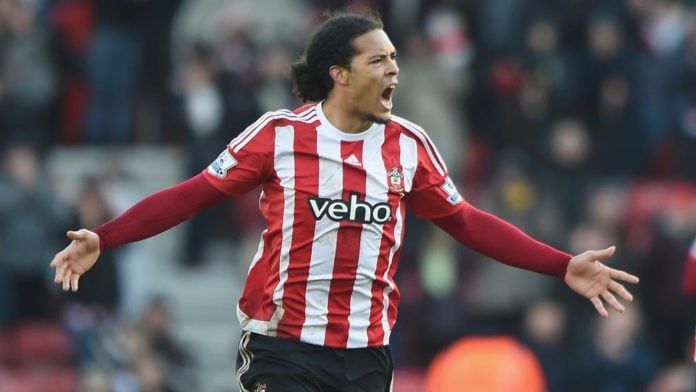 Everton are lining up a summer swoop for Virgil van Dijk, according to a report.

The Liverpool Echo reports that Ronald Koeman wants to be reunited with the Southampton centre-back, but it will cost him a staggering £55million to do so – a price Koeman is reluctant to go to.

Koeman signed Van Dijk from Celtic in 2015 during his spell on the south coast and now he is looking to the Dutch international once again to solve his defensive conundrum.

He is hoping that his connections with the player will put him in pole position to land Van Dijk in the summer.

However Everton will face tough competition from Premier League heavyweights Chelsea and Manchester City to sign the 25-year-old.

The Sun reported that Van Dijk was also a target for Everton last January, but a move didn’t materialise.

The Merseyside club are desperate to improve their back line and, according to the Sun, they are in pole position to sign Burnley’s man-of-the-moment Michael Keane.

Hull’s Harry Maguire is also listed as another centre-back target by the Liverpool Echo.

Ashley Williams and Ramiro Funes Mori have been Koeman’s go-to partnership in his defence this season, but veteran centre-back Phil Jagielka has been called upon in recent weeks after Funes Mori got a season-ending injury during the international break.

Van Dijk has also had a tough time with injuries this season and has been on the sidelines since January.

He has still made a total of 30 appearances across all competitions for the Saint during the campaign, scoring four goals.

This would be a huge move for Everton but the only way they could possibly stump up the funds for this is by selling Romelu Lukaku and Ross Barkley – and even then they would need to find replacements for them first. Van Dijk is perhaps one of the best centre-backs in English football and he could easily play regularly for a team in the Champions League. Chelsea and Manchester have got some aging defenders in their squad and they need improvements quickly. Although the Dutchman would be a brilliant signing for Everton, we can see them getting outgunned by one of the Premier League’s big boys.

In other Everton news, Leon Osman has issued a stern reminder to this Goodison Park player.