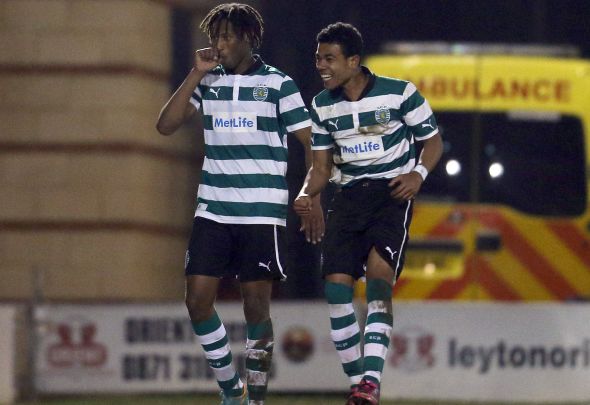 Everton are interested in signing Sporting Lisbon defender Ruben Semedo, according to a report.

The Sun claim that the Toffees will battle Premier League rivals Southampton for the signature of the 22-year-old centre-back.

It is understood that scouts from both clubs have been to watch the Portuguese youngster on a number of occasions already this season, while Italian club AC Milan are also interested.

The report details that it would take an offer of £20million-plus to sign the defender from Sporting as he only signed a new contract at the beginning of March.

Everton manager Ronald Koeman, who previously worked at Southampton, has targeted Semedo as a possible solution to his ageing defence.

The Merseyside club currently have Phil Jagielka, 34, and Ashley Williams, 32, as two of the regular picks in the defence.

Meanwhile, Mason Holgate and Ramiro Funes Mori have also been important for Koeman this season.

Semedo has been an important player for Sporting this season and made 25 appearances across all competitions, including every minute of their Champions League group stage.

Everton want to break into the top six of the Premier League during the next couple of seasons and have the perfect manager in Koeman to help achieve that. They do need to bolster their squad, though, and the defensive area is certainly a key position. Portuguese youngster Semedo is currently impressing with Sporting and is an important member of their squad. The centre-back has lots of potential a £20million investment could turn out to be good in the long run. However, Everton should probably be looking elsewhere for alternative and search for defenders that have football in English football already.

In other Everton transfer news, the club’s supporter reacted on Twitter to a reported striker development.