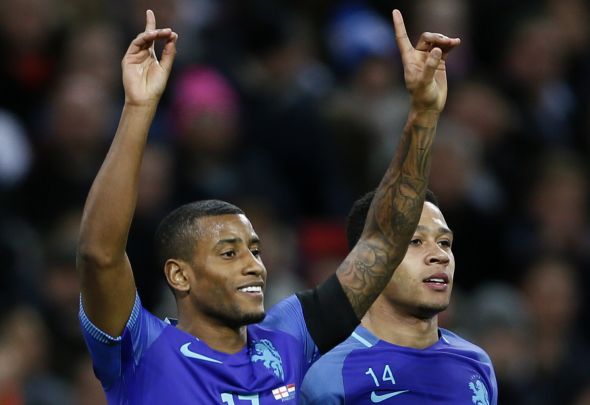 Everton should do everything in their power to sign Luciano Narsingh in January after Yannick Bolasie was ruled out for the entire season.

The 26-year-old PSV Eindhoven star should be Everton’s number one winter target to step into the shoes of wide man Bolasie, who suffered ligament damage against Manchester United that spells the end of his campaign.

On Sunday, the Sun claimed that Toffees boss Ronald Koeman is is a huge fan of his Dutch compatriot Bolasie and could look to bring in the 19-time international in a cut-price deal.

Narsingh possesses a huge amount of pace and specialises in beating his man before reaching the byline and finding a striker, and would prove a bargain as his contract is set to expire in the summer.

As well as an eye for goal that has seen him score 21 times in 85 league starts from out wide, Narsingh could prove to be a bargain is he is brought to Merseyside by Koeman.

While Narsingh would face tougher defences in the Premier League, his experience in the Holland national side would prepare him for the step up.

Appearances against the likes of Belgium, Spain and Italy has seen him face the kind of stars he would come up against in England’s top flight.

Wingers Gerard Deulofeu, Aaron Lennon and Kevin Mirallas will be looking to replace £30million summer signing Bolasie, but Koeman is likely to use his transfer war chest in January.

Spaniard Deulofeu is yet to turn glimpses of brilliance into consistent form, while Lennon turns 30 next year.

With Lennon and Deulofeu both struggling to get regular first-team action, the signing of Narsingh would see him form a formidable partnership with Mirallas on the flanks that would strike fear into most Premier League defences.

In other Everton transfer news, one of these three players should be brought in to solve this problem area.