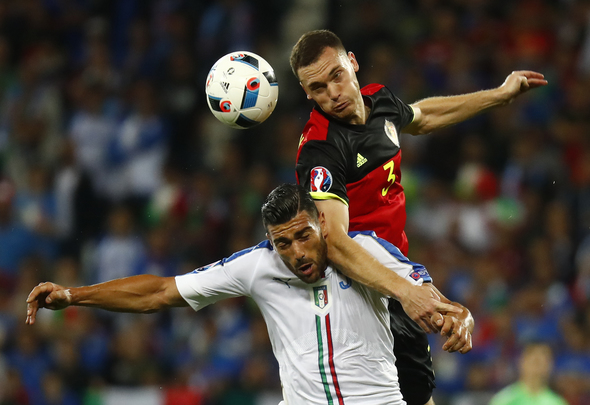 Everton have launched a loan offer to sign Barcelona defender Thomas Vermaelen, according to a report.

The Mail claim that the Toffees have submitted a bid to land the 31-year-old on a season-long loan with a view to a permanent deal.

It is understood that Ronald Koeman has indemnified the Belgium international as someone that can bolster his squad due to his versatility.

Vermaelen is a left-sided defender that usually operates at centre-back, but can also be deployed int he left-back position.

Everton have been on the search for a left-footed defender following an injury to Ramiro Funes More as they look to give their side a better balanace.

Vermaelen has endured a difficult time in Spain with European giants Barcelona and has made just 21 appearances for them due to injury and loan moves away.

The ball-playing defender spent last season on loan with Roma where he proved his fitness and Everton now want to bring him to Goodison Park.

He is no stranger to the Premier League as he previously made 150 appearances for Arsenal.

There are still a couple of areas Everton will want to fill before the close of the transfer window and a left-sided defender is one of them alongside a striker. Vermaelen fits the bill perfectly for the Merseyside club as he can be used on the left side of a three-man defence, while also providing a different alternative to Leighton Baines at left-back. Vermaelen is an exceptional passer of the bill and should fit nicely into Koeman’s style of play. He also has the experience of English football before and could make an immediate impact at Goodison Park if he remains fit.

In other Everton transfer news, they have been installed favourites to sign a European goal machine.