The extensive Everton pursuit of Lille defender Gabriel Magalhaes is on the verge of collapse for a second and likely final time, Football Insider understands.

This site revealed earlier this month that Carlo Ancelotti had instructed the club hierarchy to blow the competition out of the water to land the centre-back this window.

But an Everton source has told Football Insider that the club have been unable to agree a fee with Lille for Magalhaes despite settling personal terms with the player a long time ago.

Napoli have now leapfrogged the Merseysiders in the race for Magalhaes and are confident of striking an agreement.

Everton have already offered over £20m for as well as a long-term contract to the player.

But the Serie A giants’ terms are said to be more favourable as they close in on a deal.

Magalhaes has also been offered a lucrative five-year contract by Napoli and is ready to put pen to paper if the latest bid is accepted by Lille.

That would be a major blow to Ancelotti, who has made the left-footed defender one of his top summer targets.

The deal had been on the verge of falling through last month before it was resurrected by the three-times Champions League-winning manager.

Lille have been holding out for nearly £30million for the Brazilian but they are not accepted to receive that, with the eventual fee likely to be around the £22m mark. 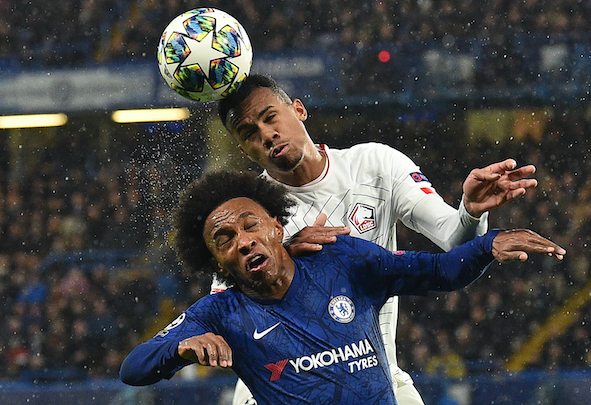 In other news, Everton have opened talks with an English club over the transfer of a central midfielder.