Everton have been thwarted in their pursuit of Reece James as Chelsea prepare to announce he has agreed a new contract, Football Insider can reveal.

The Merseysiders tried to sign the versatile defender, 20, on a loan deal last summer and expressed an interest again ahead of the January window.

A Chelsea source has told Football Insider that James is set to put pen to paper on a new five-year deal and he will not be leaving this month. 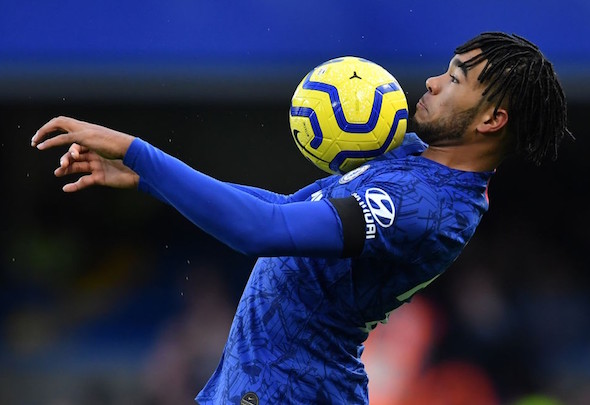 This comes after Football Insider revealed the England Under-21 international was in advanced talks with the London club over a new agreement.

His current contract is due to expire in the summer of 2022.

James has made rapid strides at Stamford Bridge this season after spending last season on loan at Wigan Athletic.

He swept the board at the Championship club’s player of the year awards and was also named in the division’s team of the season.

Everton had hoped to sign him after missing out on his central defender teammate Kurt Zouma, who had a successful 2018-19 campaign at Goodison Park.

James played in both defence and midfield last season at Wigan, but has returned to Chelsea to be used almost exclusively at right-back.

He has now made six starts among 17 appearances in all competitions for the Champions League outfit.

His latest impressive showing came in Sunday’s FA Cup win over Nottingham Forest after he also played the full 90 minutes in the 1-1 New Year’s Day draw against Brighton.

In other Everton news, it can be REVEALED that Carlo Ancelotti has decided to offload £45million man after horror Merseyside derby display.