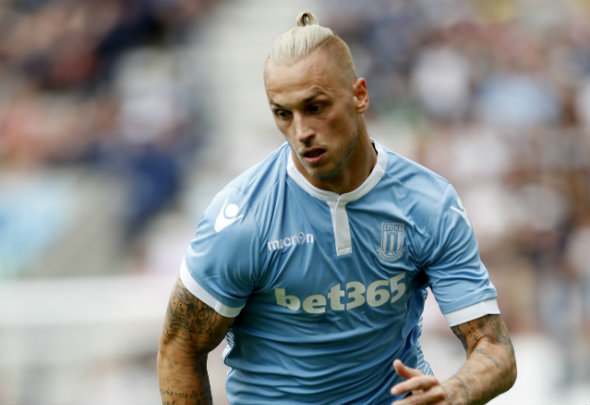 Marko Arnautovic has signed a new four-year deal with Stoke City, ending the possibility of the winger joining Everton this summer.

The 27-year-old was heavily linked with a move to Goodison Park in recent weeks and reports claimed that a deal was almost done on Tuesday.

Arnautovic was entering the final year of his contract and Everton were thought to have triggered the Austria international’s release clause of around £12.5million.

Ronald Koeman has yet to make a major signing since arriving from Southampton as manager, but will have to look elsewhere after Arnautovic committed his future to Stoke.

Arnautovic enjoyed a superb season for Stoke with 11 goals and seven assists in the Premier League.

Since Koeman’s arrival, Fulham goalkeeper Maarten Stekelenburg has been the only noticeable arrival at Goodison Park.

Arnautovic’s snub comes fresh on the heels of Graziano Pelle’s decision to turn down the chance to reunite with Koeman at Everton and move to China in a big money deal.

In other Everton news, a key member of the Toffees squad is the top target of a Serie A club.