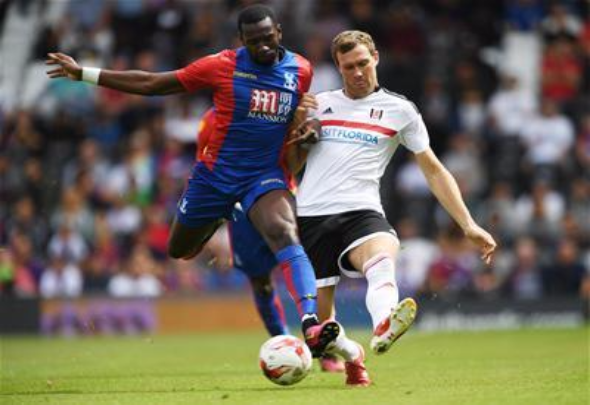 Yannick Bolasie will become an Everton player at the start of next week for an initial £25million fee and Lamine Kone is set to follow him to Goodison Park, according to a report.

The Sun claims that the Toffees will sign Bolasie from Palace for fee potentially rising to £30million with various performance related clauses in the deal.

It is claimed that Ronald Koeman has secured the signing of the 27-year-old after terms were finalised earlier on Friday.

The Dutch manager has also been on the trail of Sunderland’s Lamine Kone and the Sun report that terms for Kone are expected to be concluded within days of Bolasie’s capture being announced.

Sunderland manager David Moyes admitted on Friday that Everton had submitted an £18million bid for Kone but the club want the centre-back to sign a new deal and remain at the Stadium of Light.