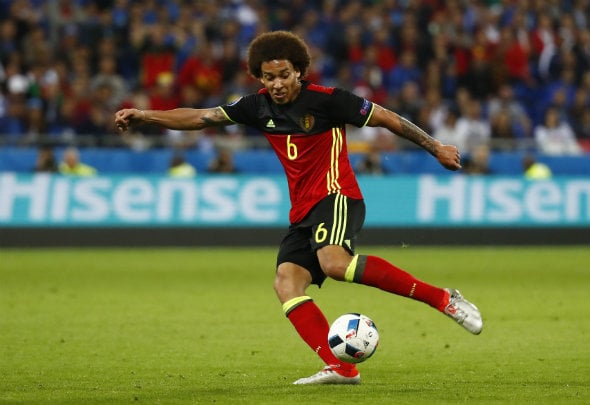 Everton’s £30million bid to sign Axel Witsel from Zenit St Petersburg has collapsed, according to a report.

Reliable Sky Italia journalist Gianluca Di Marzio claimed on his website on Saturday morning that the Merseysiders had hit a stumbling block in their efforts to prise Witsel from Russia.

Di Marzio subsequently reported on Saturday afternoon that the deal had completely fallen through after talks had collapsed.

It is said that Napoli have upped their offer for the Belgium midfielder and he is closing in on a transfer to the Serie A club.

Koeman even admitted to autograph hunters that there was a possibility that Witsel and Manchester United winger Juan Mata could sign for Everton.

But the Dutch manager has now been forced into a major U-turn and will have to turn his sights elsewhere for squad reinforcements this summer.