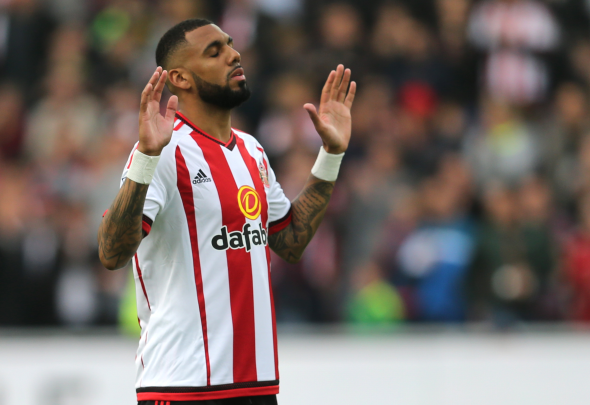 Everton have identified France international Yann M’Vila as the man to fill their central midfield void after missing out on Axel Witsel, according to a report.

M’Vila spent last season on loan at Premier League rivals Sunderland, who are also interested in re-signing the combative midfielder.

French publication Foot Mercato reported that M’Vila has returned to Russia for pre-season with parent club Rubin Kazan, but is keen for a move back to the Premier League.

According to the report, Sunderland manager Sam Allardyce has already made an offer with a four-year contract on the table.

Allardyce is keen to link-up with M’Vila again who was integral to Sunderland’s relegation survival last season, playing in all but one of The Black Cats Premier League campaign.

The Merseysiders’ manager Ronald Koeman will have to act quickly if he is to bring the 26-year-old to Goodison Park, but will be buoyed by the fact that M’Vila is available at a cheaper price with only 12 months left on his contract.

The former Rennes midfielder was once touted as the new hope for the France national side, but has since had disappointing spells with Inter Milan and Rubin Kazan.

Koeman has also been linked with Fiorentina’s Milan Badelj after failing in his attempt to lure Belgium’s Witsel to Everton, with Napoli close to securing a £30m deal for the midfielder.

The Toffees continued search for a central-midfielder could signal the end for fringe players Muhamed Besic and Darren Gibson.

In other Everton news, Poland’s Euro 2016 star will not be leaving Ajax this summer.