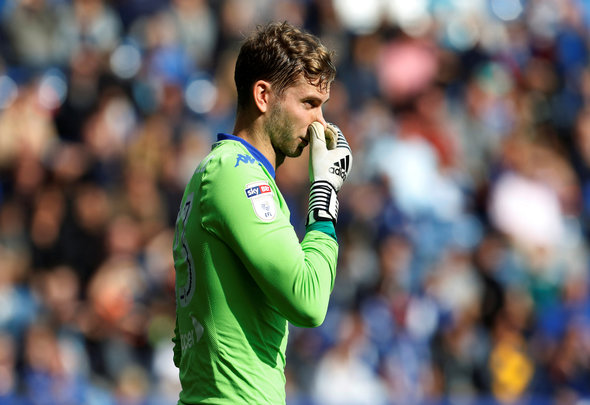 Former Leeds United star Richard Cresswell has delivered the damning verdict that he cannot see Felix Wiedwald returning to the starting XI for the rest of the season after being axed by Paul Heckingbottom.

The German stopper was a summer signing from Werder Bremen, but despite being the number one choice between the sticks, found himself usurped in the first team by young prospect Bailey Peacock-Farrell, who has taken the gloves for the last two Leeds games.

With 30 appearances under his belt for the Whites, Cresswell says he does not believe that the 27-year-old will be featuring again, predicting that Heckingbottom will give the youngster the chance to shine with very little to play for between now and the end of the campaign.

“It’s up to him to keep performing and get the manager to trust him week in, week out.

“I think because there is nothing really riding on the results now, he will leave him in until the end of the season and see how he does.”

The 21-year-old shot stopper now has just three appearances to his name, having made his debut for the club nearly two years ago.

The situation between the sticks has been a shambles for Leeds this season and so some consistency is required right now. Wiedwald’s confidence looks shot, and Andy Lonergan is out injured, so with the play offs a distant dream away, playing Peacock-Farrell now makes the world of sense. If he fails to perform to standard, then Heckingbottom knows a complete overhaul of the goalkeeping department may be required. On the other hand, if he impresses, then the boss might have to axe just two, and leave the youngster to battle it out with a new shot stopper next season.

In other Leeds United news, the club must snap up this 21-year-old from Newcastle United on loan.