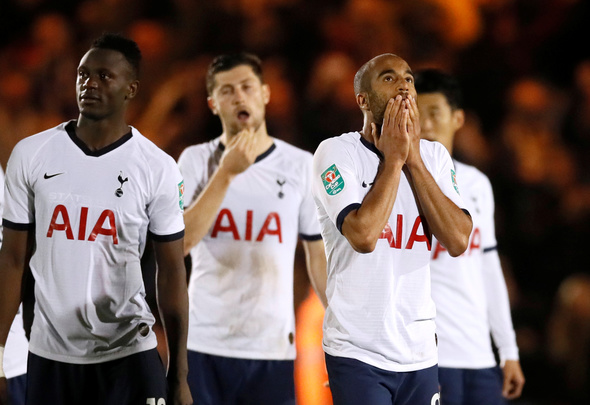 Alan Hutton has blasted Tottenham manager Mauricio Pochettino’s decision to play Lucas Moura as a centre-forward in the Lilywhites’ 1-1 draw with Everton on Sunday.

Speaking exclusively to Football Insider assistant editor Russell Edge, the former Spurs and Scotland star says the Brazilian struggled to make an impact up front as a result of the tactics employed against the Toffees, insisting the natural winger was unable to utilise his blistering pace.

Tottenham had opened the scoring at Goodison Park through Dele Alli but were forced to settle for a point after Cenk Tosun’s injury-time equaliser.

Hutton says that there was no point having Lucas lead the line with Tottenham not playing to his strengths, stating that he lacks the physicality to battle against centre-backs.

Hutton told Football Insider: “He looks a little bit lightweight to play through the middle.

“I understand why, he possesses great pace and he can obviously affect the game that way but if you’re not going to play that way, as in the ball in behind, into channels for him to run, there’s no point him doing it.

“I think (Heung-min) Son brings a more creativity with the ball into feet, can do a little bit of magic and obviously Moura out wide, with his pace, could work. I think that could have worked well.”

Lucas has been forced to play a squad role for Pochettino throughout the 2019/20 campaign, with only half of his 12 appearances coming in the starting XI.

He has a total of 72 games under his belt for the north London giants, scoring 18 goals, two of which have come this season.

In other Tottenham news, Paul Robinson has blasted one Spurs ace who he says is being “carried” by his teammates.