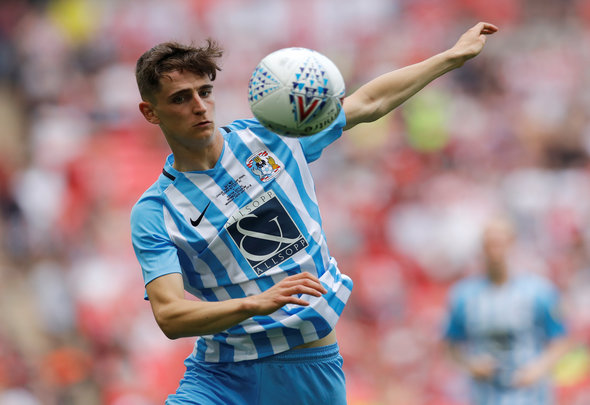 Bayliss’ future at Coventry has been the subject of speculation for some time with the midfielder regarded as one of the best young prospects in the Football League.

A source at the League One side has told Football Insider that Premier League side Villa have been joined by Championship outfits Derby and Huddersfield in making a move for the 20-year-old.

Premier League new boys Aston Villa have been busy in this summer’s transfer market and they are considering adding Bayliss to their squad.

Derby have held a long-term interest in Bayliss having previously tried to sign him, while Huddersfield have been keeping tabs on Bayliss as they look to build a squad capable of challenging back for promotion to the Premier League.

All three clubs have made enquiries about Bayliss and they are now ready to firm up their interest with offers before next month’s transfer deadline.

The 20-year-old has made over 60 appearances for Coventry after breaking into the first-team in 2017 and the League One club are resigned to losing their prize asset before the close of the transfer window.

In other Aston Villa news, Danny Mills has tipped an “outstanding” player to turn down Liverpool to move to Villa Park.