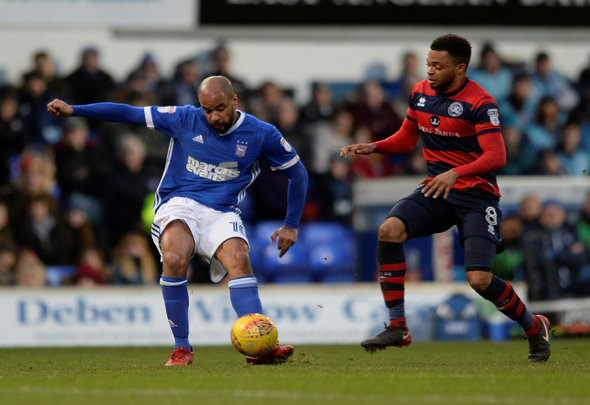 Republic of Ireland international McGoldrick is a free agent this summer after seeing out his contract at Ipswich last month.

Well placed sources have told Football Insider that Villa, West Brom and Bristol City have all made contact with McGoldrick about a move as they look to bolster their attacking options during this summer’s transfer window.

McGoldrick fits the bill for Villa as they are looking at free agents to strengthen their squad due to their much-publicised financial problems and they see McGoldrick as a possible replacement for Lewis Grabban who has returned to Bournemouth after his loan spell at Villa Park last season.

West Brom are looking to add Championship experience to their side and with doubts surrounding the long-term futures of Jay Rodriguez and Salomon Rondon they could be in need of striking reinforcements before the transfer window closes next month.

Bristol City are in the market for forward additions after losing last season’s top goalscorer Bobby Reid to Cardiff and they are weighing up a move for McGoldrick.

McGoldrick scored eight goals in the first half of last season but was hit with a groin problem that prevented him playing after February.

The 30-year-old is now back to full fitness and is keen on a new challenge after scoring 45 goals in 159 appearances during his four years at Ipswich.

In other news, the British giants are involved in a SHOCK transfer hijack that no-one saw coming.