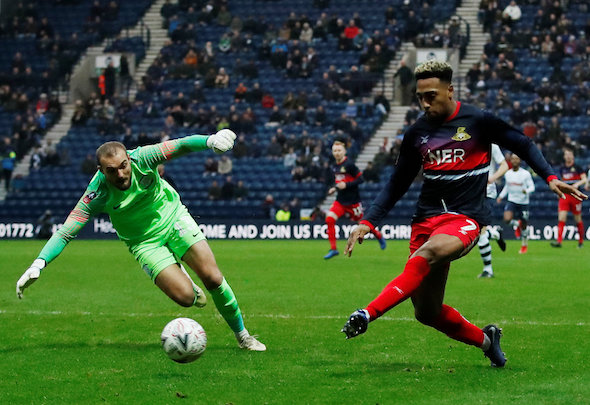 The newly-promoted Championship club want to raid their Yorkshire rivals for striker Wilks and centre-back Halme as they look to re-establish themselves in the English second tier.

A Leeds source has told Football Insider the club could be willing to grant 2019-20 exits for Wilks, 20, and Halme, 21, if they are successful in capturing their priority summer targets.

Marcelo Bielsa’s side are working on multiple deals this window, most notably the loan signings of Wolves winger Helder Costa and Manchester City wide man Jack Harrison, as well as a temporary deal for Brighton centre-back Ben White.

With a deal for Harrison edging closer after Leeds tabled a £1million-plus loan offer that City are set to accept, that could mean Bielsa allowing Wilks to depart.

The versatile forward has spent the last two seasons out on loan, making a big impact last season at League One side Doncaster Rovers after previous spells with Accrington Stanley and Grimsby Town.

Bielsa believes the 6ft 4in Finland Under-21 international Halme has the potential to establish himself at Leeds but believes he would benefit from a season at a Football League club.

United are keen to find a club for Halme in England rather than overseas, and they may be willing for him to go out on loan to Barnsley, especially if a deal for White is close.

Halme signed for Leeds on a four-year contract in January of last year after arriving from HJK Helsinki in his native Finland.

Wilks penned a new deal earlier this year that ties him to Leeds until the summer of 2022.