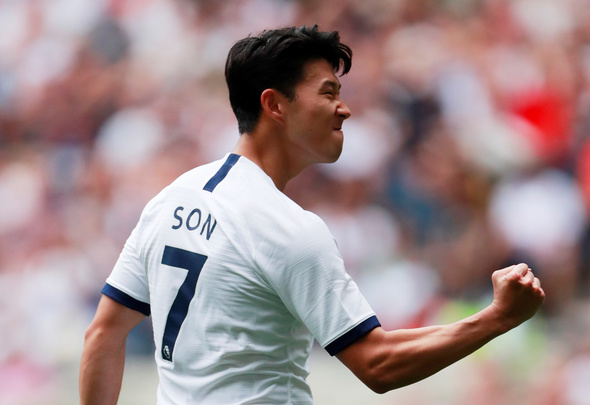 Darren Bent claims that Tottenham attacker Erik Lamela is facing the axe from the starting XI despite scoring in the 2-2 draw with Manchester City.

Speaking exclusively to Football Insider, the former Spurs and England striker says that the imminent return of Heung-min Son, who has been missing through suspension in the opening games of the season, is likely to spell the end of the Argentine international’s place in the side.

The South Korean star has been forced to sit out Spurs’ first two games of the new campaign after being sent off against Bournemouth in the penultimate league match of last season.

With his suspension now over, Bent has tipped Son to make an immediate return to Mauricio Pochettino’s side and says that 27-year-old Lamela looks the likeliest to drop out.

He told Football Insider: “Listen, he’s (Lamela) done well, he’s scored a good goal and contributed to them getting a point but you’d like to think now Heung-min Son’s back from suspension, he goes straight back in.

“He’s one player Spurs do miss, you saw in the Champions League last season against Manchester City, he does it in these big games. The moment he comes back, I’m sure he’s ready to go, he goes straight back into that team.”

Son was one of Pochettino’s mainstays last season with 48 appearances across all competitions, the 27-year-old rewarding his manager’s faith with 20 goals and 10 assists.

Lamela meanwhile featured 33 times in both league and cup games but only 14 of those came in the starting XI.

Tottenham’s next match sees them play host to Newcastle United, the Magpies coming off the back of a 3-1 defeat to newly-promoted Norwich City.

In other Tottenham news, Football Insider can reveal that one of their senior stars has informed his agent to find him a new club.