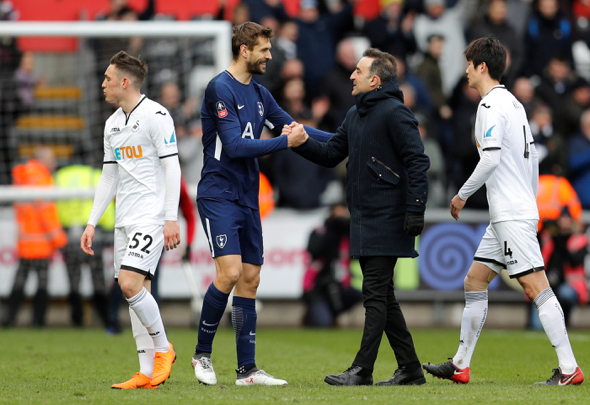 Tottenham would be securing a “good bit of business” if they can get Fernando Llorente to sign a contract on reduced terms this summer, according to Darren Bent.

Speaking exclusively to Football Insider, the former Spurs and England striker says that Tottenham do not need to go and splash out millions and millions of pounds if they can keep the Spaniard on board after the end of his contract.

The Daily Mail report that Spurs have offered the ex-Swansea hitman a one-year deal on less money than what his old terms were worth and that the player is weighing up his options.

Bent backs Tottenham’s decision to try and keep the 6ft 4in colossus on board, insisting it would be a deal with almost no risk attached due to the time he has already spent at Spurs.

Bent told Football Insider: “I guess from a positive standpoint they know he knows the club, understands the club and they’re not really taking a risk if they can bring him back on less money. To be fair who else is out there?

“Llorente last season, he came in and scored important goals at important times. You need to think to yourself rather than going and shelling out £20-30million on an unknown, if they can get Llorente to stay there on reduced money, knows what it takes then I’m all for it.

“If they can keep Llorente and bring him back, I think that’s a good bit of business.”

Llorente, 34, has played 66 times across all competitions for Tottenham during his spell in north London, scoring 13 goals.

Last season saw him feature 35 times, although only 11 of those outings came in the starting XI.

In other Tottenham news, Bent says Spurs will have two players in mind as they plot an £80million transfer raid this summer.