Darren Bent heaped praise on Lyon forward Moussa Dembele and suggested he would be a great signing for Tottenham.

Speaking exclusively to Football Insider correspondent Laura O’Leary, the ex-Spurs attacker complimented Dembele and highlighted how he previously has been prolific for both Fulham and Celtic.

It was recently reported that Spurs have made approaches for Dembele as well as AC Milan attacker Krzysztof Piatek with Jose Mourinho wanting to sign a replacement for the injured Harry Kane.

Bent explained that if he was Dembele then he wouldn’t be put off joining Spurs, even though Kane is clearly the club’s first-choice striker, as you have to compete with world-class strikers wherever you go.

“And he’s one you’d definitely would have to say, he would be a great signing.

“I think any striker, top striker, I understand that people think you’ll be on the bench with Kane there, but listen Spurs are in the Champions League, you’ve got to compete with these world-class players.

“And it’s going to take someone with a big character to come in and say, I’m going to compete with Kane, he’s one of the best in the world, but I’m gonna compete.

“And whether it be Dembele or Cavani if they get in the team and score goals and Spurs shoot up the league, Mourinho is a ruthless enough to say Kane I know what you’ve done for the team but you going to have to bide your time, as he’s fired us up the league” 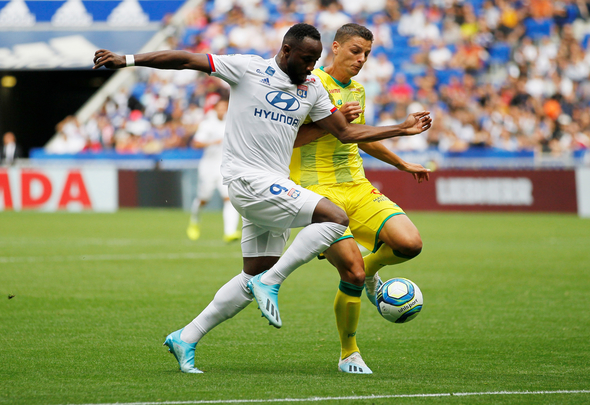 The 23-year-old French forward has scored 14 goals in 28 appearances this season, while also registering four assists.

Dembele is contracted to the Ligue 1 side until 2023 and has been with Lyon since joining them from Celtic in 2018.