Tottenham are submitting a new contract offer to Tashan Oakley-Boothe after his initial knock-back, Football Insider can reveal.

The London giants are keen to tie down the 19-year-old rising star after his impressive graduation from their youth ranks.

A Tottenham source has told Football Insider that the club hierarchy, led by chairman Daniel Levy, are “very keen” to get a deal done for the highly rated youngster. 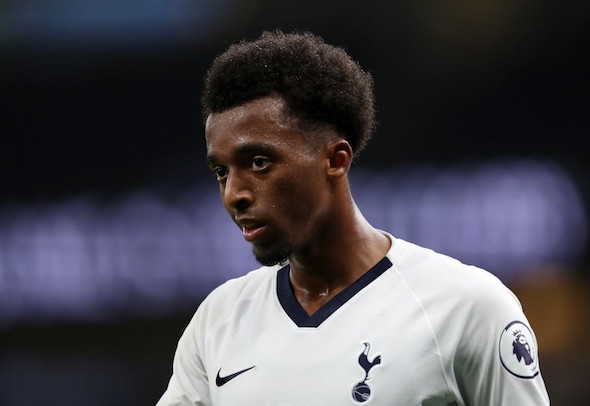 This comes after Football Insider revealed earlier this week the midfielder had knocked back the club’s offer of a new contract.

Spurs are undeterred and are hopeful a player they regard as establishing himself in the first team in the future can be persuaded to stay.

Oakley-Boothe’s current agreement with the north London giants runs until the summer of 2021.

Spurs are keen to keep hold of him beyond that point as they don’t want rival clubs to try and line up a deal this month or ahead of the summer window.

The central midfielder made his senior debut two seasons ago when he made a late cameo appearance under Mauricio Pochettino in the EFL Cup win over Barnsley in September 2017.

Oakley-Boothe was also on the bench for Premier League, Champions League and FA Cup matches in that campaign.

He is still waiting to be named in a matchday squad this season, with fellow teenage midfielder Oliver Skipp seemingly ahead of him in the pecking order.