Birmingham City and Blackburn Rovers are among the clubs in the hunt to sign Shrewsbury Town defender Aaron Pierre this summer, Football Insider can reveal.

The 27-year-old has emerged as one of the most sought-after players outside of the top two divisions.

A recruitment source has told Football Insider that Birmingham, Blackburn and a number of other Championship sides are closely monitoring Pierre’s situations. 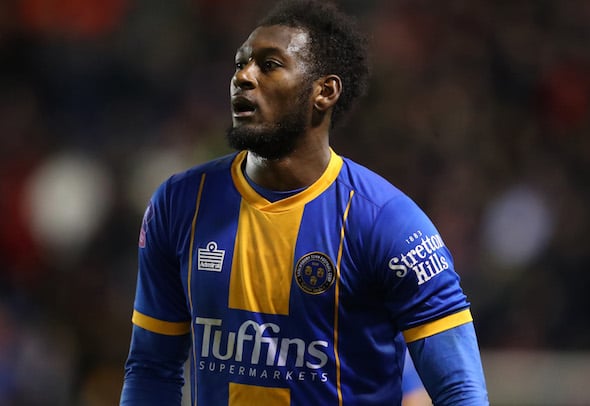 Scouts have delivered glowing reports on his performances for the League One outfit this season.

Shrewsbury, who finished 15th in the table in a season in which they took Liverpool to an FA Cup replay, face a major battle to hang on to Pierre.

They are braced for bids for one of their prize assets amid fears he will be keen to sign for a club in the Championship.

Pierre signed from Northampton Town last summer and had an outstanding debut campaign at Town as he swept the board in the club’s player-of-the-year awards.

Pierre had also been the player of the season at Northampton in the 2018-19 campaign before his switch to Shrewsbury.

He began his career at the Fulham academy and has also played for Brentford and Wycombe Wanderers.

In other Birmingham City news, we reveal all the details of the club’s failed bid to lure Steven Gerrard.