New Wanderers boss Ian Evatt has made Morias a top target as he looks to bolster his squad ahead of their League Two campaign.

A recruitment source has told Football Insider that Bolton face competition from fellow League Two hopefuls Bradford City with both clubs working to land Morais, 34, on a summer free transfer.

The Portugese winger featured 21 times in England’s fourth tier last season, enjoying a loan spell at Oldham Athletic as well as turning out for Crawley.

He has played over 50 games for both Bolton and Bradford, helping Wanderers to promotion from League One in 2017.

Morias also famously netted the equaliser for the Bantams in their stunning 4-2 FA Cup victory over Premier League giants Chelsea in 2015.

Former Blackpool defender Ian Evatt has already pulled off a major coup in bringing  striker Eoin Doyle to the University of Bolton Stadium.

The 32-year-old’s 25 goals fired Swindon Town to the League Two title last term, but he has opted to drop down again, signing a three-year-deal with the Trotters.

Bradford City boss Stuart McCall believes Bolton are in an enviable position as salary caps look set to be voted in before the end of this month. 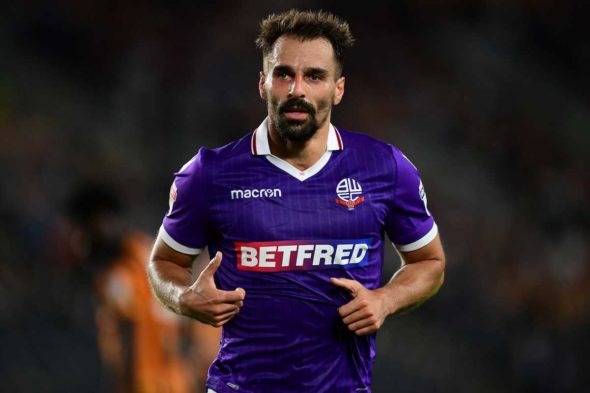 Clubs will be restricted to spending £1.5million on salaries but – according to McCall – the relative size of Bolton’s squad compared to their rivals leaves them with more room to manoeuvre in the market.

In other Bradford City news, an ex-Bantams winger is attracting interest from ‘multiple English clubs.